Kraig Runquist came to Nestor Falls Fly-In with the Korf party last week. The group released over 1,500 fish! Walleyes averaged a solid 16″ and Northern Pike were about 28″. Not too bad at all, especially since the Walleyes were nice and fat at 7 lbs.

The guys caught nice-sized fish on whatever they cast, but Kraig said the best part of the trip was “getting off the grid.” We live in a world that’s constantly connected and it’s nice to get away from it all up here. There’s no text messaging, no email, no phone calls from work. You have the chance to catch and cook your lunch over a fire near the cabin. Plus you’ve got plenty of time to think in the outhouse!

At the end of a long day on the water, you can kick your feet up on the deck and watch the sun set. Is there any better way to live, even for a week? 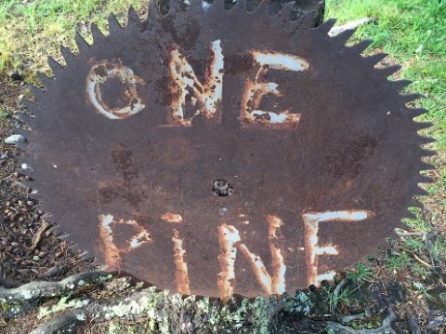 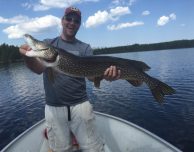 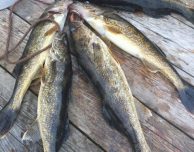