Dick Larson and Paul Fritzke have been coming to Larus Lake since 1988! This year they brought along Curt Van Buren, Alan McNaughton, Scott Reinertson and Mike Schindele to experience the wonder that is Northern Ontario. They were here during the opening of Walleye season and had a great time in the great outdoors. Dick and Paul (the regulars) reported that they caught more Northerns on this trip than any other. There were tons of fish between 44″ – 47″ that were released on their trip. One Northern wouldn’t come off the bottom and had to have been 50″+.

Hopefully they will all be back next year to wrestle the infamous Northern! 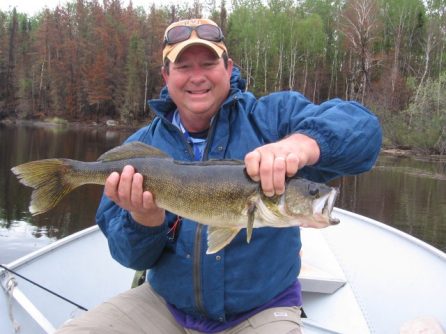 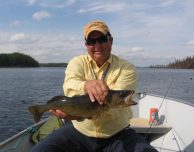 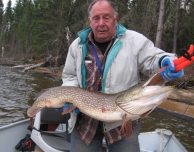 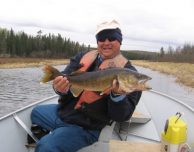