The 2015 Fly-In Fishing Season is Just Months Away!

If you’ve been waiting for the return of fishing weather since October, you’re not alone. Steve Johnson, one of our frequent visitors, is more than ready for a 2015 trip to Nestor Falls, where he’ll be on Keeper Lake. “We have been to most of the other outposts,” Steve said, “so we are excited about making the trip into Keeper.”

He shared a photo of a 30″ walleye he caught in Laurus Lake during August of 2013. “Interestingly, I was trolling with a big northern lure and and 20 lb line when I caught this walleye,” he said. “Seems like when I catch a large northern it is on light tackle fishing for walleye and catch large walleyes on heavy tackle….go figure.”

Steve also shared a great photo of a bald eagle taken from his boat on the same trip to Larus Lake. It’s safe to say, he’s looking forward to having a similar experience on Keeper Lake! 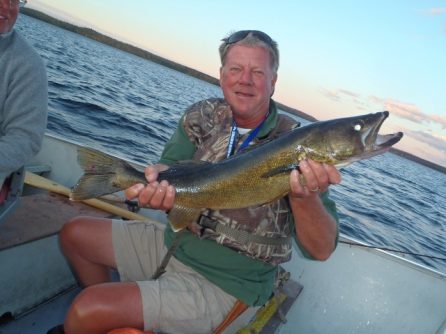 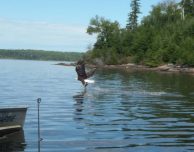