4 Greatest Things About Fishing in Canada

The experience of fly-in fishing is so memorable ‚Äì for more than one reason! Here are the best moments of any Nestor Falls Fly-In trip in Northern Ontario:

The Flight In
Dave Kroll and his nephews spent a week out on Keeper Lake. He had the best description of flying with Brodie the pilot: “It’s like sitting on the couch watching aerial view on the big screen.” We’d have to agree!

Catching the First Big One
Even when you are landing 800 to 1,000 fish in a week, the first larger fish you have on the line is unlike anything else. Early Wednesday morning, Dave K. caught a 30″ Northern Pike…

Working to Bring in a Fish
…2 hours later on that same Wednesday morning, it took him 15 minutes to put a 36.5″ Northern Pike in the boat. He got it ‚Äì what a catch!! As Dave K. said, “Keeper Lake speaks for itself ‚Äì it’s a Keeper!”

Embracing the Solitude
The best part is that you really have a chance to relax. When you’re the only outpost for miles, you can forget about your email and simply take in Canada’s untouched natural beauty. It’s a great way to re-charge. 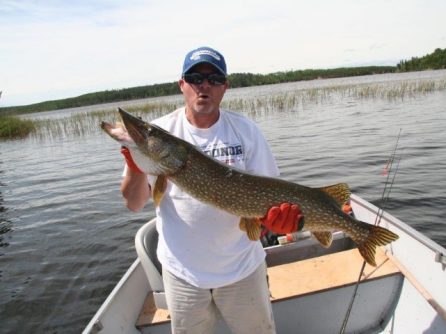 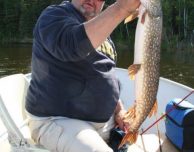