Another Trip to Clear Lake

No stranger to Nestor Falls, Keith Buchberger came up on a second trip to Clear Lake, bringing along Eric Piepenburg and Eric’s father, Joel. The avid fishermen were ready for an amazing fishing trip, and they were in for a treat. On the very first cast of the trip, Joel reeled in a 39″ Northern, setting the standards high for their vacation. Other notable releases included a 25″ Walleye by Eric and a stray rod and reel by Keith. Over the course of their stay, the four men released over 1500 fish. (In one day alone they released 321!)

We hope to have them join us again next summer to continue their impressive catch and release streak! 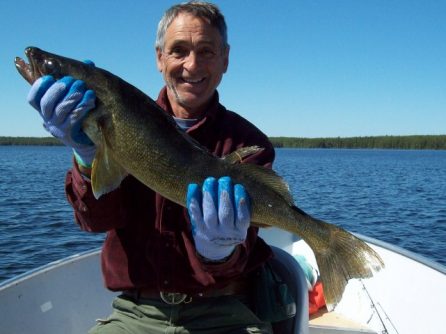 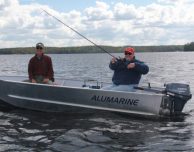 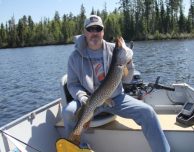