The season is over, but that doesn’t mean we’re going to stop sharing great fishing stories!

The McNabb party flew into Cairns Lake this summer and caught a few huge Northerns and a good number of Walleye. The group even caught 3 Northerns over 40″! All three were released safely back into the lake so they’ll be even bigger for next season’s anglers.

For those of you looking to reel in a big Northern, Joe McNabb told us that he caught two 40+ inchers in the same bay using a classic red & white spoon. Cairns’ clear water makes the lure really pop out to those big predatory fish ‚Äì and they can’t stop biting!

Overall, Joe said it was one of their best trips ever and that the fishing was super: “Great weather, great time with family and friends plus lots of big fish!”

Give us a call to book your own escape to the wilderness for the 2017 season! 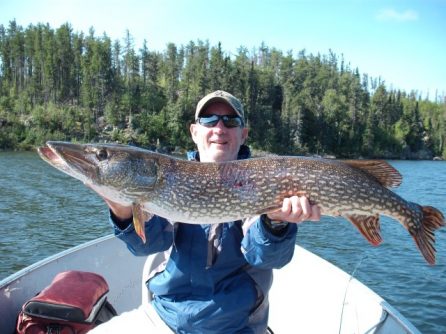 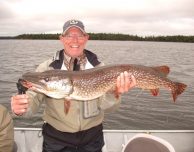