In early September, Don Brummel and his group visited Malaher Lake–their fourth trip with Nestor Falls, and second lake. “We had a wonderful time and all brought back memories that will last a lifetime,” he said. After a brief period of caffeine withdrawal when the coffee in their grocery order had been forgotten, the group bounced back to catch many fish–including four +40″ northern pike and hundreds of walleye up to 24″. Don reeled in a 43.5″ northern pike, the largest he’s ever caught!

“Your pilots and employees seem to be very friendly, courteous and helpful,” Don said. “We all hope to be back in two years.”

Thanks for your kind words, Don! Everyone here at Nestor Falls looks forward to seeing your group again soon. 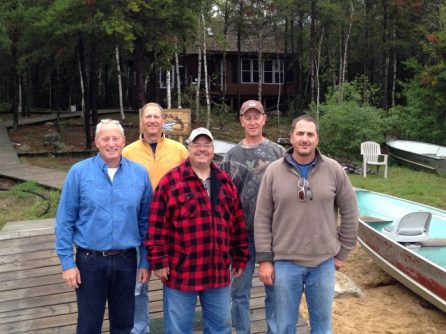 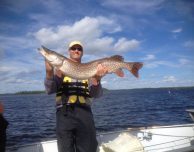 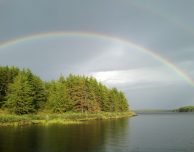