Does Nestor Falls Have a School?

Nestor Falls has a school…for our 20 students!

If you’re a fan of Nestor Falls Fly In on Facebook, you know that we love to follow our grandson Ryan around on his “adventures.” He spends plenty of time outside, even during the school day. He attends the Nestor Falls School, a two-room school here that’s the only one of its kind left in the district. In early March, students from Nestor Falls and Emo’s Donald Young School met out on Lake of the Woods for a Fishing Derby. It’s like fishing is part of the curriculum!

The “Nestor Falls Public School” dates back to 1944 when it was a one-room schoolhouse. In the first year, there was no school bus, the building was heated by a wood stove, and the teacher’s salary was $150 per month.

As the population in Nestor Falls grew, the school added another classroom, plus an office, bathrooms, and an auditorium. Dave actually graduated from Nestor Falls Public School, as did our children Ashley and Jon!

It’s fun to see students here go cross-country skiing, play baseball, and put on Christmas concerts as well as host a fishing derby here or there. It’s possible because of the hard work and effort put forth by our teachers, students and parents. Keep studying, Ryan! 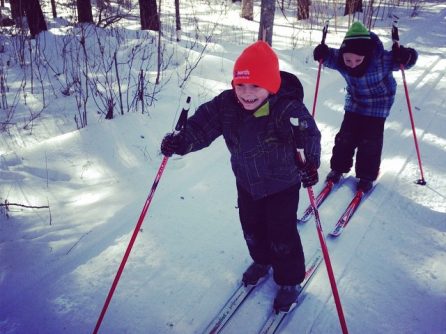 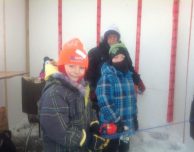 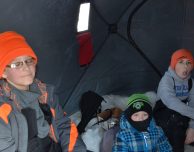 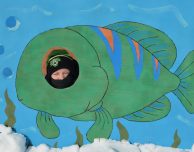 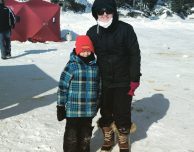