Fishing Weather is Any Weather

The weather was crazy for the opening of Malaher this year. For awhile, we weren’t sure we’d be able to fly in the first group, but we made it happen, even with ice still on the main part of the lake. Fishing was slow at first, but Mike Beachy from the Tom Rykovich. Party still released two nice Lake Trout at 33 and 34 inches. The largest Northern of their trip was an impressive 39 inches.

Though there was ice on the lake for the start of their trip, the temperature somehow managed to jump from 46 to 86 degrees in a single day! The wildlife didn’t seem to mind the temperature change, and plenty of beaver, rabbits, and grouse were seen around the cabin.

The start of the season is always an interesting time. You never quite know what the weather is going to be like, but one thing is for certain: You’re always in for an adventure and some spectacular fishing here in Northern Ontario! 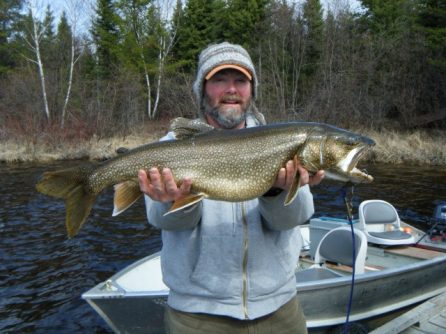 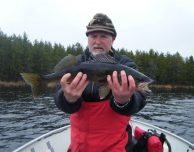 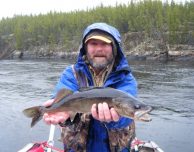