We know the Midwest in the States was struck with a “Polar Vortex.” Well, Nestor Falls wasn’t much different. Our temperatures have been dipping from -20F to -40 F and with the wind chill it has been as low as -50 F. We’ve had a couple huge snowfalls this winter and I would say that we have more snow on the ground today than we had all of last winter.

The snow combined with the wind and deep freeze caused some pretty cool (but dangerous) natural snow sculptures to form on the base roof. Buster climbed up on the roof to clear it off when the snow became too thick. It may be pretty, but we don’t want it falling on anyone!

Stay warm, friends. We hear it’s been a bit chilly even in the sunny parts of the States. Luckily, the summer and the fly-in fishing season will be here before you know it. 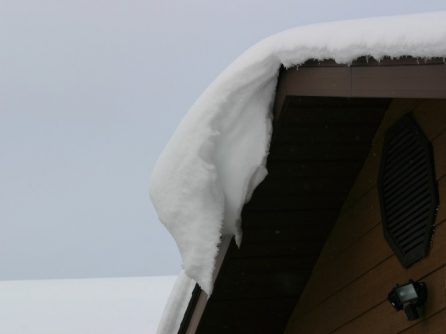 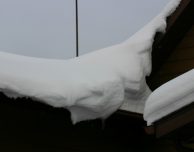 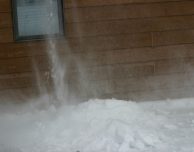 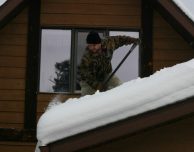