In the Mood for Moose!

The other week, our Otter pilot, Matt, and his father, Gerry, left for a moose hunt. They left on a Friday, but that Thursday night we had our first heavy frost. They had to spend some time defrosting the plane, so they weren’t able to leave as early as they would have liked. They arrived to camp early Friday afternoon and set everything up before heading out for an evening hunt. They called one moose in close enough so that they heard it, but they did not see it. Saturday brought rain, so nothing was moving.

However, Sunday was beautiful. While they were lounging in a bay a Bull came strolling out to chomp on some lily pads. Matt and Gerry sprung into action and brought it down. They must have loaded the moose a dozen times before they were able to get it back to base. The father and son duo had a great time up north and are looking forward to a nice meal of moose! 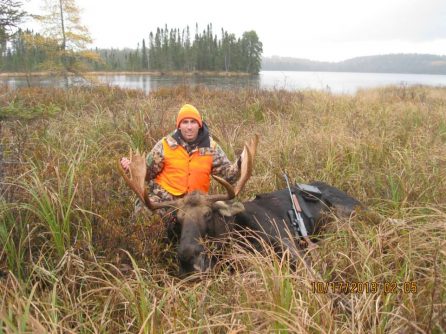 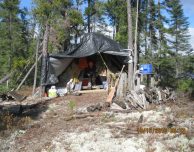