It’s time to Escape to the Wilderness!

Our season runs mid May to mid September. Nestor Falls Fly-In Outposts offers you that opportunity to release that trophy fish. It’s no surprise that anglers want to know when they have the highest odds of catching that fish of a lifetime. Unfortunately, there’s no easy answer to this question. The truth is that trophy fish are caught throughout our season. Serious anglers have their favorite times and interestingly, they are spread throughout the season. With big fish being caught all the time, picking a week is hard. So instead of focusing on the fish size, think about when you want to catch the trophy fish. (It’s tempting to say “right now” but we at least have to wait until the ice melts!)

The ice typically goes out around late April to early May depending on the spring. If you’re fishing in the early season, anglers will tend to find the big fish in the shallows making them relatively easy to catch. Before changing your bookings to mid May remember we can find ourselves fighting with the ice depending on the spring.

Come up during the early part of June and the ice will be long gone. During this time, you’ll find that the walleye and smallmouth bass schooling up. When they’re grouping, find them in the shallow waters off the points in 8 to 12 feet of water.

During the middle of the season is when fish of all sizes move out to the reefs and the exposed points. Bigger fish will usually hold off the deeper edges and move shallower to feed when they’re hungry. This time of year is when we see trophy pike, walleye, smallmouth bass, and lake trout being brought in by guests.

Besides the fishing, July is surprisingly hot up here, and it’s great to be out on the water. If you’re bringing kids who aren’t as enthusiastic about fishing as you are, they’d probably appreciate swimming and playing in the water during the hotter July months instead of May!

August on the other hand, is sunny, calm, and stable. Try fishing off the deeper edges when you come up later in the season. What separates August from the rest of the months is that the fish can be caught under most conditions. Rain, heat, an unexpected chill ‚Äì you just need patience.

One benefit about fishing in August is that it’s the onset of autumn. With cold weather approaching, all fish are in a feeding frenzy to try to bulk up for the winter. Fish that might have bypassed your lure a month ago are far more likely to take a bite.

There’s so much to do and to see at Nestor Falls Fly-In Outposts. Sure it’s nice to release a trophy fish, but that’s only part of a true wilderness experience. Keep your eyes on the shoreline to see an abundance of wildlife, enjoy the northern lights with your friends and family, and experience the solitude of being truly immersed in nature. 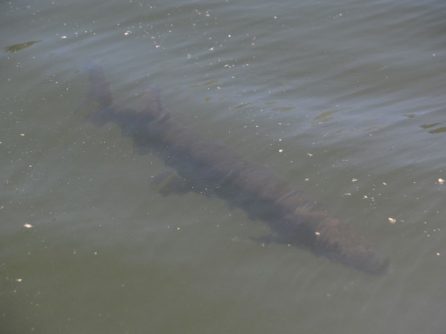 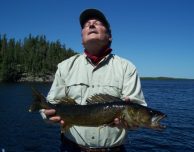 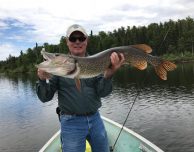 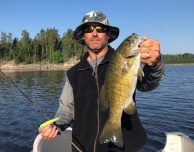