Jeff & Dawn – Fishing Together for 28 Years

Dawn and Jeff have been fishing with us for a long time now. In fact, the first time Dawn came up to Kay Lake with Jeff it was on their honeymoon in 1991 ‚Äì and they’ve been visiting us ever since!

Not only do they come up to fish, but they spend their time on Kay Lake looking for driftwood, photographing wildlife, and listening to the loons call across the lake. This year was the first time they saw a pair of geese nesting on the lake!

Don’t think for a second that they don’t fish though. The lake trout were just moving onto the reefs, so they had a lot of luck in the shallows – the water temperature jumped almost 20 degrees during their stay. Jeff and Dawn each caught a 33″ lake trout this trip. Dawn’s was caught on a 11″ Gambler Swim Bait, Jeff caught his on an X-Rap.

Dawn says hers was bigger, but Jeff won’t admit it was. You would think that after nearly 30 years of marriage Jeff would know better by now! 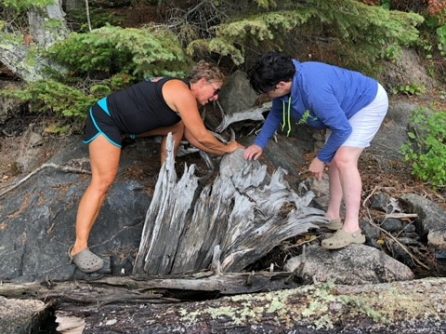 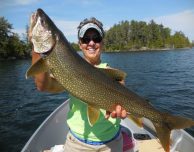 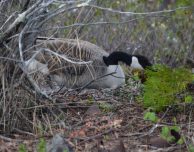