Brian Bruns and Brian Sullivan have been fishing for decades, since they were kids. They’ve been going to Larus Lake with Nestor Falls Fly In for about 29 years. In 2014, the two Brian’s decided to add another Nestor Falls Fly In trip to the calendar, and bring their children along.

It’s Nestor Falls Fly-In Outposts, so of course the kids, Sawyer, Parker and Taylor, began the trip with a soaring float plane ride. At the outpost, they had time to fish, boat, swim and check out the wildlife. Sawyer, Parker and Taylor each caught a nice northern ‚Äì it’s easy for kids to love being out in the boat when the fish are biting! (Plus, it’s safer to teach ’em to cast when you’re the only people on the lake.)

There’s plenty of things about Nestor Falls Fly In for kids ‚Äì and parents ‚Äì to love! 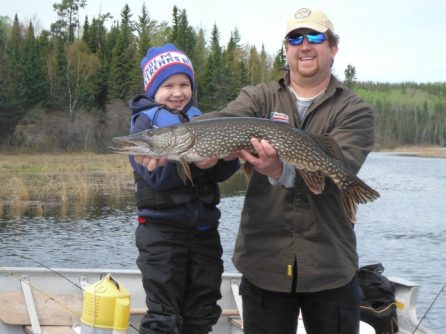 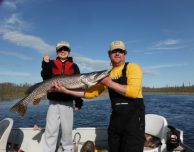 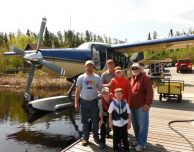