Nestor Falls Fly-In fishing trips are a blast for kids! They love to be outdoors, exploring, playing, and fishing all day long. Tony Hall brought his daughter Addison ‚Äì who is 9 years old ‚Äì up here for her first-ever fly-in fishing trip.

In the boat with her father and his brother, she caught a 30 ¬º” Walleye! Tony sent us photos but said he had trouble getting a real good shot of Addison and her Walleye. Problem was, as soon as she hooked her monster, Tony got a fish on and so did his brother! (He called that a “Triple.”) When all was said and done, the family got Addison’s 30″ fish, Tony’s 27″ and his brother’s 24″ all in the boat, got photos, and released them. Whew! What a day.

Can’t wait to have the Hall group back next year. 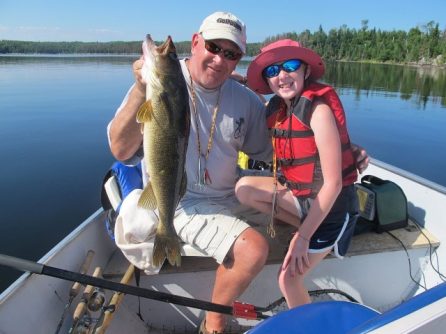 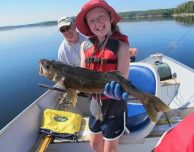 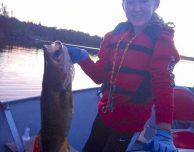