Dave and I often reflect on our most devoted guests who no longer join us due to the unpredictability of life. Over this past winter we received a call from one of our loyal guests, Rick, who had not joined us for the last few seasons. We were thrilled to hear from Rick again and catch up on everything we had missed over the years.

Rick decided to bring his friends, Rick and Bob, from Texas for this years trip. They were excited to experience the Canadian Wilderness and Clear Lake, which was Rick’s favorite Lake. The opportunity to watch his friends catch their first Walleye here in Canada had Rick overjoyed. They mostly used 3/80z. jigs tipped with a minnow which they found worked better then the yellow twister tail’s. Nothing beats live bait on our beautiful lakes! During their trip, they found the best luck they had was off the points in about 9-11 feet of water. They figured they had released 20 fish per day, mostly Walleye, but they would catch 2-3 Northern’s per day without having to put in the effort. Rick even released a 40 inch Northern Pike on this trip! The boys had a surprise when they pulled in their Walleye and found a Northern had latched onto their catch!

Truly a great adventure with many new and exciting experiences, with an old friend who was long over due for a fishing trip. 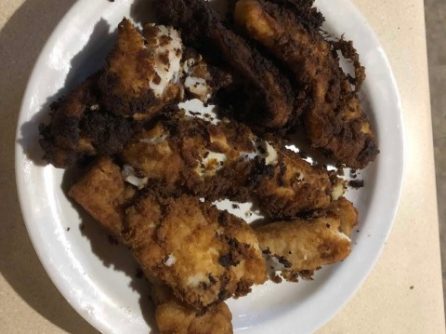 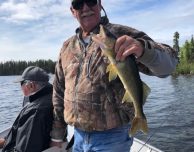 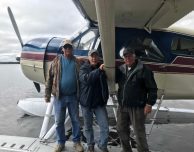