Richard Olson treated his grandson, Nic, to a fishing trip back in May ‚Äì what a guy! It was Nic’s first experience on a fly-in, so Richard wanted to make sure his grandson had a memorable time. Well, a black bear that hung around the Larus Lake outpost for two days certainly made things memorable!

Fortunately, the group of 8 was “barely” at the cabin. On the water, they caught several walleye in the 25″ to 27″ range, with the biggest coming in at 28″. Brent Johnson had one exceptional run of catching 40+ fish in less than an hour.

The northern fishing was good as well, with most being caught while jigging for the walleye. The biggest northern was a 40″ and a couple of 38″ with several in the 30″ to 34″ range. Not too shabby!

Nic should be able to write a good “What I Did This Summer” story when he’s back to school, don’t you think? 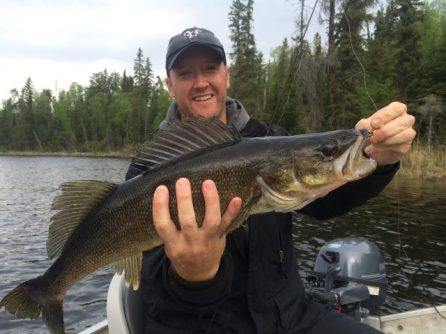 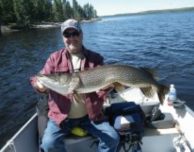 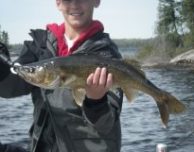 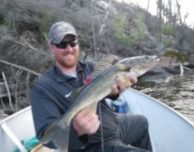