One Good Reason You Should Fish with Leeches

On your way to Nestor Falls next year, you’ll want to stop at the bait shop for 1 lb. of leeches first.

You can’t beat using a fat black leech as bait, especially in July or August. But we’ve talked to folks who won’t use anything but plastic lures, minnows, or night crawlers. It’s crazy ‚Äì because using a leech is a great way to get a lunker Smallmouth Bass or Walleye. The group at our Lount Lake outpost in early August would agree with us. In the photo, you’ll see Emily and her 40″ Northern Pike she caught jigging with a leech!

“Catching that huge Pike is something I’ll never forget,” she told us.

It’s not a problem to store leeches in the fridge while you’re at Nestor Falls Fly-In, so grab a lot of ’em! 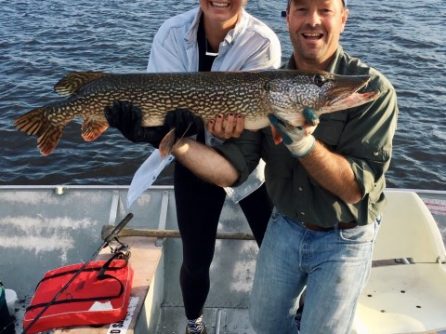 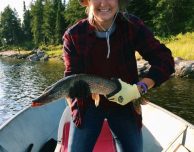