What’s the best way to open Walleye season in Nestor Falls? By catching [and releasing] more fish than you can count!

The Slaker party had an excellent Opening Weekend out at Cairns Lake. They released HUNDREDS of fish each day, including a nice 40″ Northern plus a couple 18-20″ Walleye.

What’s the secret? Well, being at Nestor Falls Fly-In, of course. The fishing at Cairns is really something else. The weed beds and rocky shoreline make for spectacular catch-and-release fishing. But the Slakers did say a 5 of Diamonds spoon might also have something to do with it…

In other Nestor Falls Fly-In news, several guests will be happy to hear that the cabin at Cairns got a flush toilet.

Non-stop fishing action and a flush toilet. What more could an angler want! 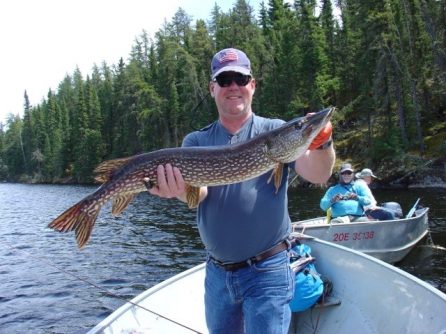 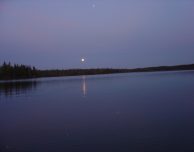