Chuck, along with his buddy Tim, took a well-deserved five-day fly in fishing trip to Kay Lake. Chuck reports that the high point of the vacation was netting a 52″ muskie that weighed around 40 pounds. (40 POUNDS!)

“The fish hit a smallmouth that Tim was reeling in about 20 feet off the boat,” he said. “We were extremely lucky to get it in the boat. It was a trip maker. Tim has been going to Canada for 30 years, and that’s the biggest fish he’s ever caught.”

Chuck added, “I’m taking half the credit for my outstanding net job!”

The credit is well-deserved, Chuck! Hope you and Tim have plans to return to Nestor Falls–there’s no challenge that’s more enjoyable than to set a new record for ‘the biggest fish I ever caught.’ 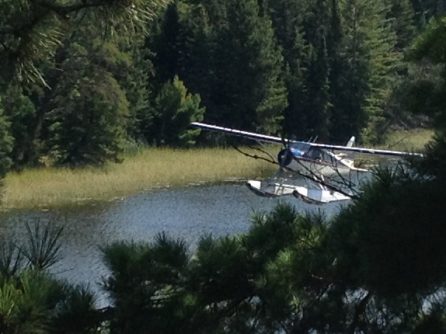