It is hard to believe that it has been 14 years ago that we changed over to solar. During the last 14 years we have added subtracted and made changes to the solar. We had really had a mesh mash of equipment which was becoming harder and harder to look after which also required us to carry a lot of different parts.

As solar continues to become a mainstream source of energy at our Outposts the boys have been busy replacing all 12 of the solar systems. We took advantage of the great weather and removed the panels from the roofs and moved them onto Cribs that the boys built. We also added larger panels which will allow for more power output to handle the Satelite/WiFi systems that we added last year. We have replaced the batteries, added new inverters, replaced the charge controllers. We now have the same systems at all of the outposts which will allow us to carry all the same parts.

Now that the solar systems are done the boys are now moving onto fixing docks which seems like this is always an on going chore. Today they are working at Kay Lake. 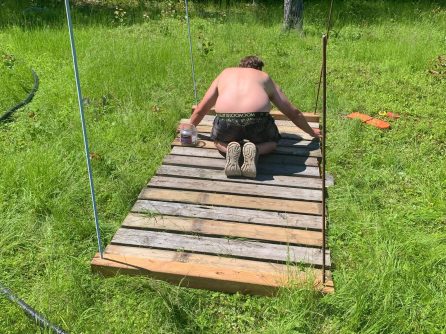 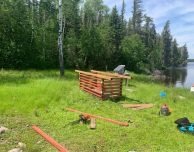 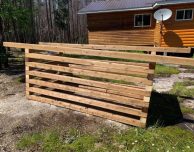