Keith and his friends Dan, Dave, Art, and Larry flew out to Malaher Lake for a relaxing fishing getaway. But their fishing trip was anything but quiet! (In the best of ways, of course.)

The water was 42 degrees and riling up some hefty fish. The group caught a number of trophy Walleye and Northern. But the highlight of the trip was releasing four gigantic Lake Trout. In the first day alone, they released two trout between 20-30 lbs. Keith’s was the third largest and still measured an impressive 35 and a half inches!

But the excitement didn’t stop with huge fish. Art was lucky to even get his Trout in the boat. Just before Art pulled the fish out of the water, the Trout fought back, shooting straight under the boat and wrapping around the lower unit of the motor. Art had to reach down to untwist the line from the motor, bringing in the fish the old fashioned way, with his bare hands.

There is never an ordinary run of the mill trip at Nestor Falls Fly-In Outposts. Even if you’ve been here a dozen times, there are still more adventures to be had and more fish to be released. Perhaps your next trip will bring you the trophy trout of the year!

Escape to the wilderness!
Dave & Michelle 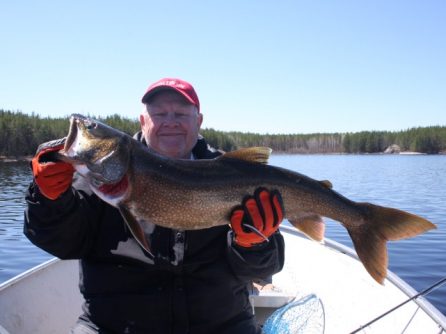 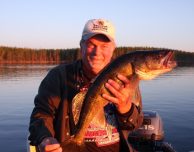 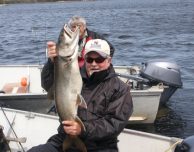 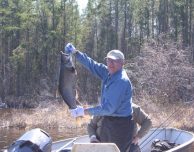 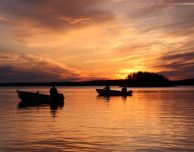