Tony Vaca and his crew had a spectacular fishing trip on Kay Lake last week. The party set out for Bass, using little shads on top of the water as bait, but were surprised when they caught Lake Trout instead! Jacob released between 6-8 Lake Trout, and Robert released an impressive 10 Lake Trout. The party lost count after awhile, but they estimate that they released 40 Lake Trout overall.

Jacob did manage to find some Bass in the very middle of the lake, but Lake Trout was the dominant catch of the week. They figure the Bass are just starting to appear and will be more plentiful in a couple weeks.

In addition to fishing, the Vaca Party also ate quite well and Ryan took some nice photographs of the beautiful land up here in Ontario. The pictures of fast running water were taken at the northeast end of Derby Lake a wonderful spot to relax outside of the boat. 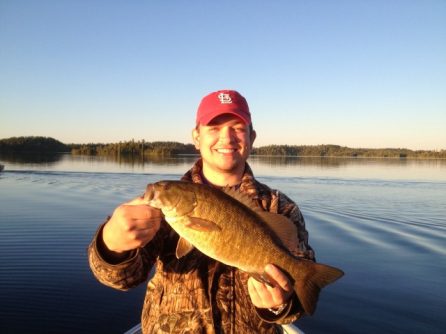 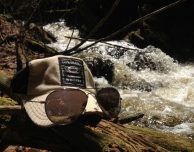 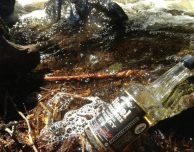