Wildlife in the Winter Bay

Even though Dave and I have lived around Nestor Falls all our lives, we never get tired of watching the wildlife here. I think they make the best neighbors! A beautiful wolf came romping through the bay the other morning, and three partridges decided to roam around the base today. They must think it’s spring!

The groundhog was certainly right about “six more weeks of winter.” Even though it’s been eight weeks since Punxsutawney Phil saw his shadow, winter is lingering in Nestor Falls.

Last year, Pine Lake didn’t melt until early May, and we’re starting to think this year’s melt may happen even later than that. We love snow, but we’re anxious to bring the planes back and begin the 2014 fly-in fishing season. I’m sure all our guests are ready for some time on the lake, too‚Äîbut it has to thaw first! 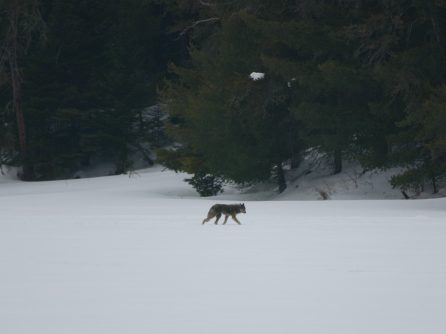 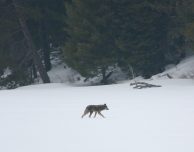 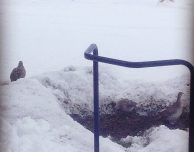